Like most OT practitioners, I’ve had wonderful and terrible experiences with evidence-based practice. I’ve worked with clinicians across the spectrum – from those who are up-to-date experts in their practice area to therapists whose only sources of evidence were Pinterest and occasional chats with coworkers.

As I’ve started working and participating in more professional dialogues about occupational therapy practice, I’ve noticed a disturbing trend. In every setting where I’ve worked or done fieldwork, in online forums (including this blog), and at every conference I’ve heard people saying, “There’s no evidence for anything we do in OT!”

Just as an example, consider the two images below, both from online discussions I’ve seen or participated in this past year:

At first I was quite confused by these statements. After all, I spent two years in a master’s program learning about different types of evidence that validate and legitimize the practice of occupational therapy – so how could these people say there wasn’t any evidence for OT intervention? It didn’t make any sense.

But as I joined the workforce and began spending more time at professional conferences, team meetings, and other events I noticed that few people cited anything other than their own experience, outdated trainings, or anecdotes from friends to back up what they were doing with their clients. Despite the professional push for evidence-based practice, countless news stories about the value and impact of OT, and my professors’ unending lists of references and clinical experience with the methods and information I learned, it seemed that many of the clinicians I interacted with did not use or even believe in a multifaceted, evidence-based approach to practice.

While I have experienced the difficulty that comes with identifying and applying multiple types of high-quality evidence during the OT evaluation and treatment process (especially in pediatrics), I vehemently disagree with the assertion that there is “little or no evidence” for what we as occupational therapists do. And by continuing to make this misinformed and misleading statement to ourselves, our colleagues, and others, OT practitioners are ultimately discrediting the research and clinical evidence that does exist to support the practice of occupational therapy and disvaluing our profession as a whole.

“…Supporting clients to engage in occupations can evoke new thoughts, feelings, and actions and can result in positive changes in their lives. The observation that engagement in an occupation had the potential to transform people is what bought the field into existence. It remains at the core of occupational therapy and is now supported by a substantial body of knowledge. For example, contemporary occupational therapy theory states that when someone engages in an occupation, that person’s unique characteristics interact with the specific occupation being done, creating a dynamic that leads people to think, feel, and behave in ways that they would not otherwise (Bass-Haugen, Mathiowetz & Flinn, 2008; Christiansen, Baum, & Bass-Haugen, 2005; Kielhofner, 2008; Toglia, 2005).

At the most basic level, over 100 years of practice and research provide evidence for the core tenets of occupational therapy practice. Specifically, providing meaningful or occupation-based intervention in a patient’s natural context with actual tools leads to better functional outcomes than rote exercises or skills training performed in isolation with simulated items. From this perspective, it’s clear that there is now and there has always been an evidence base for the effectiveness of OT intervention, whether or not it is published in the latest issue of AJOT or Medicine.

In my experience, the majority of the people who say “there’s no evidence” argue that many interventions used today (and yesterday) are “unproven” because they have not yet been determined to be effective or clinically significant by expert consensus, randomized controlled trials, or consistent functional outcomes. They seem to believe that because nothing exists to say every intervention is 100% effective, then there is no real evidence of occupational therapy’s efficacy – and this is simply not true.

Evidence exists in journal articles, sure! But in the absence of those articles, it is also created when patients regain skills, learn adaptations, or receive environmental modifications that allow them to successfully engage in or perform meaningful occupations.

I’m not arguing that our research and evidence base is anywhere near as expansive as that of larger, more well-researched healthcare disciplines such as medicine, pharmacy, or nursing. Still, as the saying goes: Though it be but little, it is fierce! Although we still have a lot of work to do, there are many available sources of evidence and a growing body of literature about the effectiveness of occupational therapy interventions and related treatments.

I think what these individuals truly mean when they say “there is no evidence” is that while there is actually a great deal of evidence available, much of it may not be accessible, palatable, or easily understood and put into practice. According to this article, some clinicians discount existing evidence because they feel threatened by information that might require them to change the way they practice. Others seem to say “There’s no evidence” to justify their use of unreliable or outdated interventions; if there’s “no evidence” for the effectiveness of any OT treatments – why not do whatever you want? Still others state that they are unable to access evidence and research about interventions for their practice settings or populations, or they are unsure how to incorporate evidence into their practice. In most cases, the dismissal of evidence for OT and the failure to utilize evidence-based interventions appears to be related to fearfulness, lack of access, limited application skills, or ignorance rather than a true belief that there is not a solid evidence base for occupational therapy intervention.

Saying “there’s no evidence” is much easier than acknowledging that there is evidence about what makes OT interventions effective, and changing one’s practice accordingly.

Occupational therapy practitioners need to begin viewing evidence-based practice as an invaluable approach to treatment, not just a buzzword or unattainable goal. Clinicians who are evidence-based in their approach to practice may not be able to produce a 20-page research article about why a particular intervention is the most effective, but they will be able to identify several sources of evidence – including their own clinical judgment, professional publications, credible expert opinions, and client input and outcomes – and explain how each supports use of a particular intervention to facilitate a client’s return to meaningful occupation…or not.

In summary, evidence isn’t just published in textbooks and journal articles – it’s created when the work we do as occupational therapists helps facilitate a client’s participation in a meaningful occupation. This is why evidence-based practice requires more than just Googling an intervention and skimming Facebook to see what other therapists have to say about it before you try it. Evidence-based practice requires that you take time to pose a “clinical question,” critically appraise the available information (from the literature, clinical reasoning, and the patient/caregiver), and use this information to make well-reasoned treatment decisions – not just decisions based on what’s popular, familiar, or easy.
If you’re doing it well, evidence-based practice will likely force you to reconsider some – or all – of what you do as an OT practitioner. It requires you to approach each evaluation, intervention, or discharge armed with knowledge about what works (or what is likely to work) and why. And if you don’t know what works, evidence-based practice requires you to make the effort to learn more about what might work to inform your practice, rather than just guessing or ignoring the evidence that does exist to prove or disprove your interventions. But as you build your evidence base and your confidence, it will get easier and your practice – and client outcomes – will get better.

So the next time you find yourself or someone else saying “There’s no evidence for what we do as OTs,” consider this:

If there’s no evidence for the effectiveness of occupational therapy,

…I think not. The evidence is there, but it’s up to us as a profession to continue to discover it, apply it, and share it with the world.

5 thoughts on “Evidence Based OT Practice, Part I: Why OTs Should Stop Saying “There’s No Evidence for What We Do”” 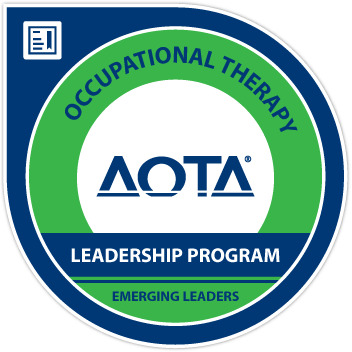